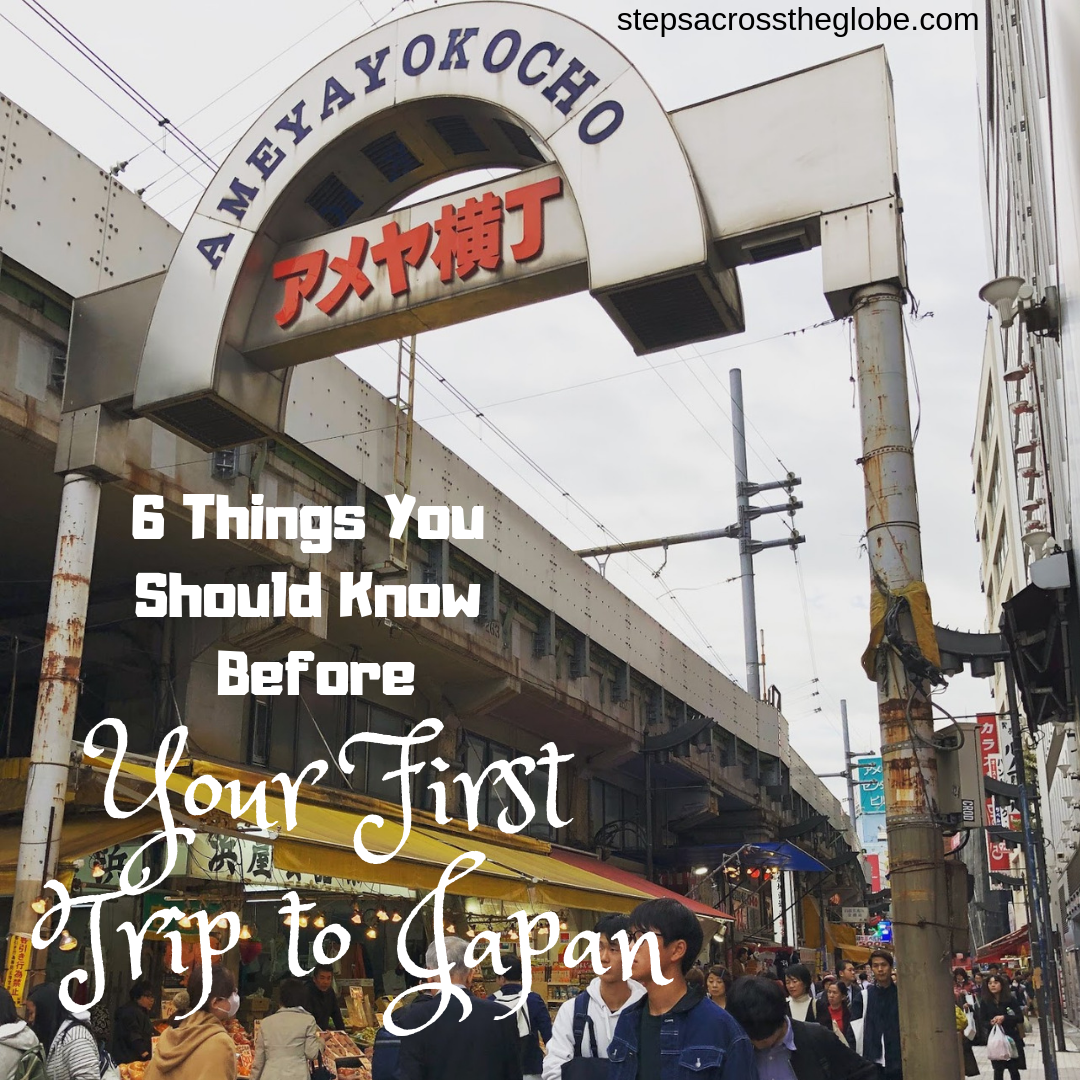 I finally made my way to Asia this past November. After months of debating between Portugal, Paris, and Scotland, we settled on Japan. To be completely honest, i never had a strong desire to go there. I’ve read tons of travel stories about it and hear people say repeatedly that it’s their favorite place in the world, but i just never felt any pull. It was my boyfriend’s turn to choose the location since i chose the last one, and that’s what he decided to go with.

I have to say… I get it! I can understand now why so many people are in love with Japan. It has a ton to offer, and i am already planning a second trip back to explore all of the places that i didn’t make it to this time around. For this particular trip, i used Tokyo as my base, and here are some of the things that i learned:

I wouldn’t say that i necessarily expected them to be rude, but i was definitely thrown off at just how sincerely polite everyone was to us. Sure, they stared a lot and never tried to hide it (i expect it and am used to it by now), but no one ever hesitated to ask us if we needed any help or answer our questions. And i can’t forget to mention the manners. Every store you walk into, every restaurant or hotel or attraction you enter, you will be greeted with:

They will yell it at you, without fail, every single time. You will also be told “thank you,” or “sumimasen” upon every exit. It was definitely a a pleasant change to be around.

You need to know basic Japanese and customs

With all of the above being said, it is only fair that you learn some Japanese customs and culture, and basic phrases when you go. They will always always speak to you in Japanese first, regardless of if you look like you are Japanese and know the language or not. It would serve you well to at least know how to say “please,” “thank you,” “hello,” etc. Know how to have a basic conversation so that you aren’t a deer in headlights when someone comes up to you speaking Japanese.

Sometimes, they will revert to English once they notice your blank stare, especially if you’re in a more touristy area, but don’t expect this to always happen. Not everyone speaks English.

It would also be a good idea to learn some basic customs, like how to behave at a Ramen restaurant. Some of the bigger, more popular restaurants will actually have step-by-step instructions for tourists outside to memorize before you go in– Like Ramen Nagi. READ THEM! You don’t want to offend the chef.

There is never a shortage of things to do in Tokyo

I don’t know if it was just because I went in November when it was kind of close to the holiday season, but i never once felt bored in Tokyo. I definitely didn’t have a strict itinerary planned out for every day, in fact, some days we had no plans at all, but we always found a cool thing to do. You could literally just walk outside your hotel, decide if you want to go left or right, and just keep walking that way for awhile and trust me, you will stumble upon something that you probably wouldn’t have discovered otherwise.

There were some days where we would strategically hop on the train when commute hours were over, pick a stop randomly or choose to go to the city center, and just wander around. We wound up discovering amazing parks that were not even on our radar, great local food and shopping, and a free observation deck that was just as good as the Skytree.

** Pro Tip: You don’t necessarily need to stay in a hotel/motel/hostel etc. that is in the City Center (Shibuya, Shinjuku, etc.) I stayed at Hotel Risveglio Akasaka, which is in a mostly residential neighborhood with few tourists and have no regrets!

The touristy things are worth doing on your first trip

Do all of the things when you go to Japan for the first time. Don’t skip out on something just because you think it might be too touristy. I was there for two weeks and i absolutely could have gone to Tokyo, Osaka, Kyoto, Hiroshima, and everything in between in that time frame, but that isn’t really how i like to travel. I like to be in a place just long enough to get a sense of what it’s like to live there, and once i get it, i leave. We decided to just do Tokyo this time around with a few day trips to venture outside of the city, so i wanted to see and do everything there was to do in Tokyo, and i think i accomplished it. I am going to write a separate blog post on this later.

Japanese people are extremely well-dressed. Not just for work, either. It flows over in to the weekend.

Google Maps and Maps.Me will be your best friend

If you are anything like me, you are directionally challenged. Even more so when you’re in a completely foreign place where everyone speaks a foreign language. Google Maps is a necessity for me when i travel as i would never know where i’m going without it.

Have you been to Japan? What city was your favorite?

Welcome! I'm Sydnie. I'm a West Coast based blogger wannabe. I created this blog to store all of my travel memories and to use as a creative outlet. I'm a digital marketer by day and a reader/writer/travel planner/health and fitness enthusiast by night. You will find a mix of all of these topics on my blog. Enjoy xx